Carl Kenz is the latest Member of Headição. He is active for many years for Headis though and since 2015 he is part of our Charity Project! The colorful Logo of course is made by Carl Kenz! In 2015 he went with us to the Dominican Republic as we built several Headis tables. For an Headição Action in Kaiserslautern he painted an Outdoor table extremly nice and helps us to get more publicity for this beautiful project!

His function at our Headição stay inPort Elizabeth:

In Port Elizabeth he will redesign decayed facades in an artful way. In Santo Domingo he also painted several helmet cases of the residents and they were stoked! In South Africa there will be facades that need some color, too and this guy will bring it there! 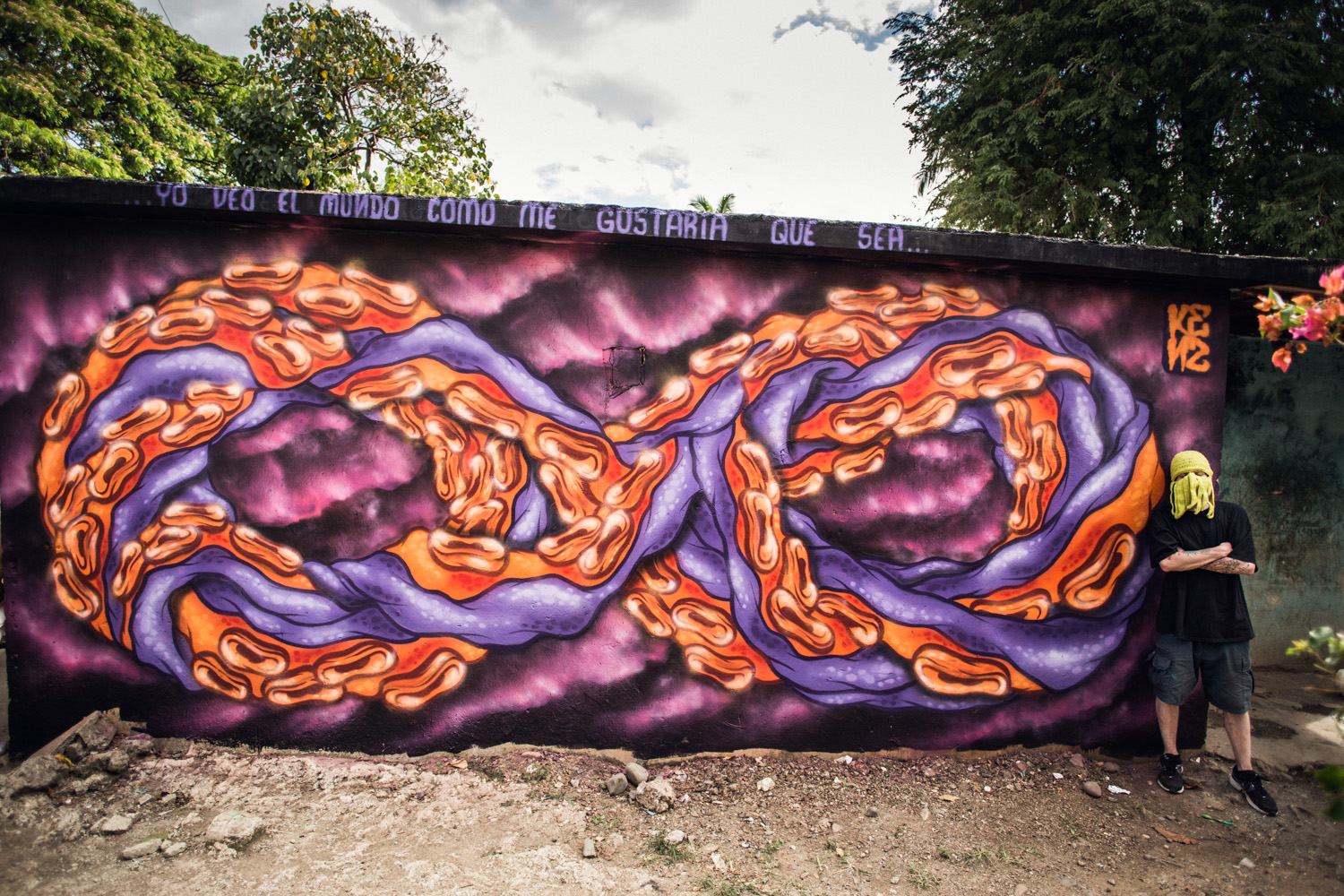 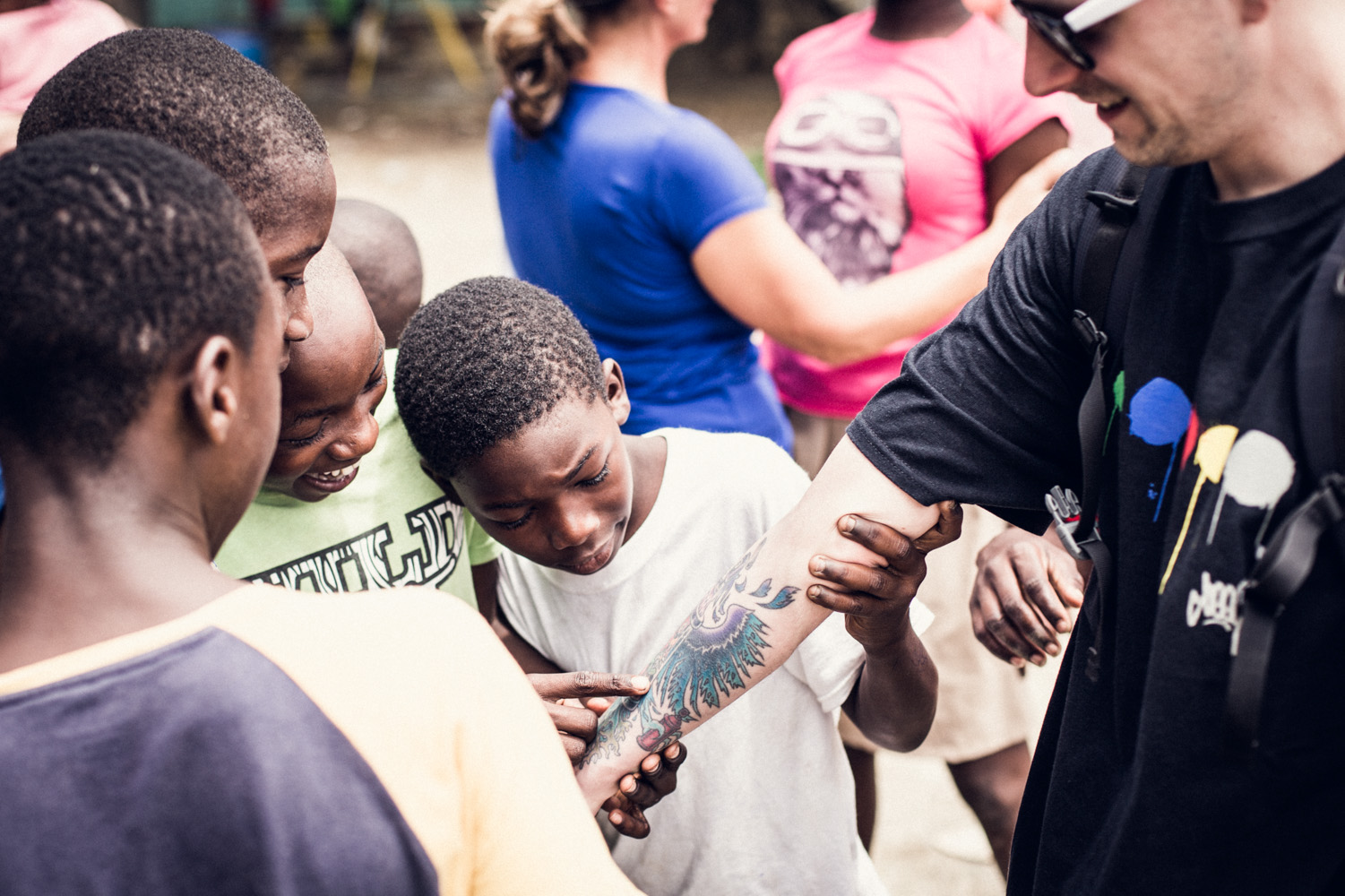 Currently he donated the wall he painted at the first Headis Tournament in Lahr! Until the 19th of March you have the chance to bid for the 12 massive wooden pieces and make one of them yours!

For some month it’s clear that we will go to South Africa for our next Headição stay. Starting today we will provide you with specific news regarding our. On the 20th of March our team will fly to Port Elizabeth and they will give everything they have got to build Headis tables for the kids! We will visit the following schools: 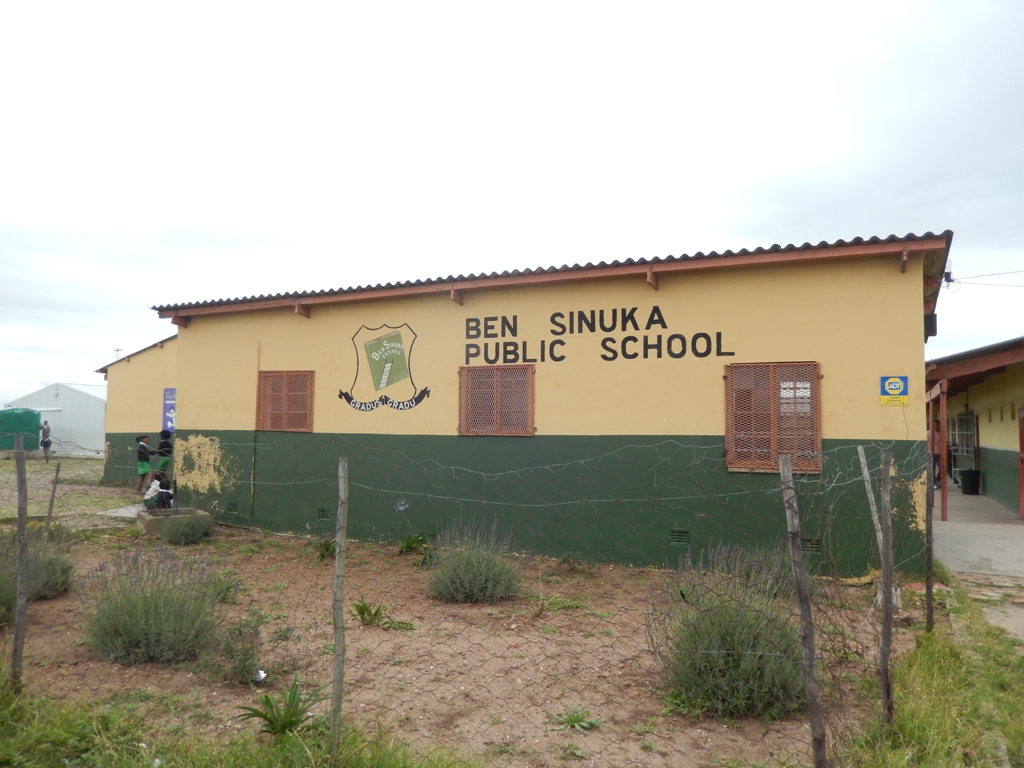 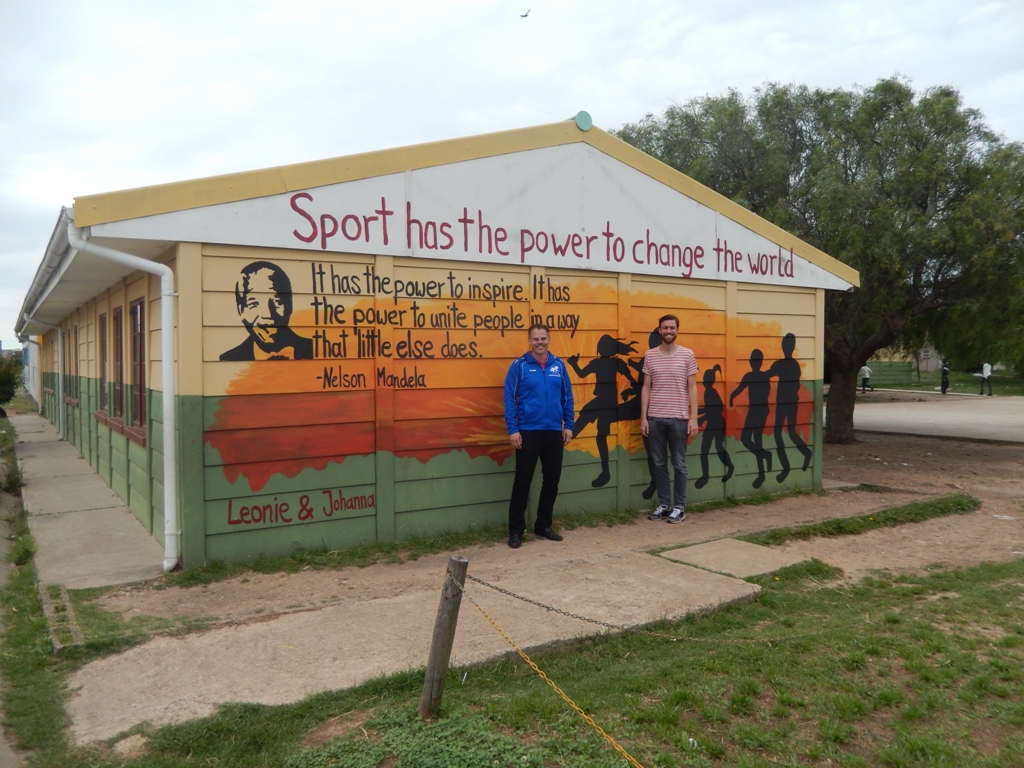 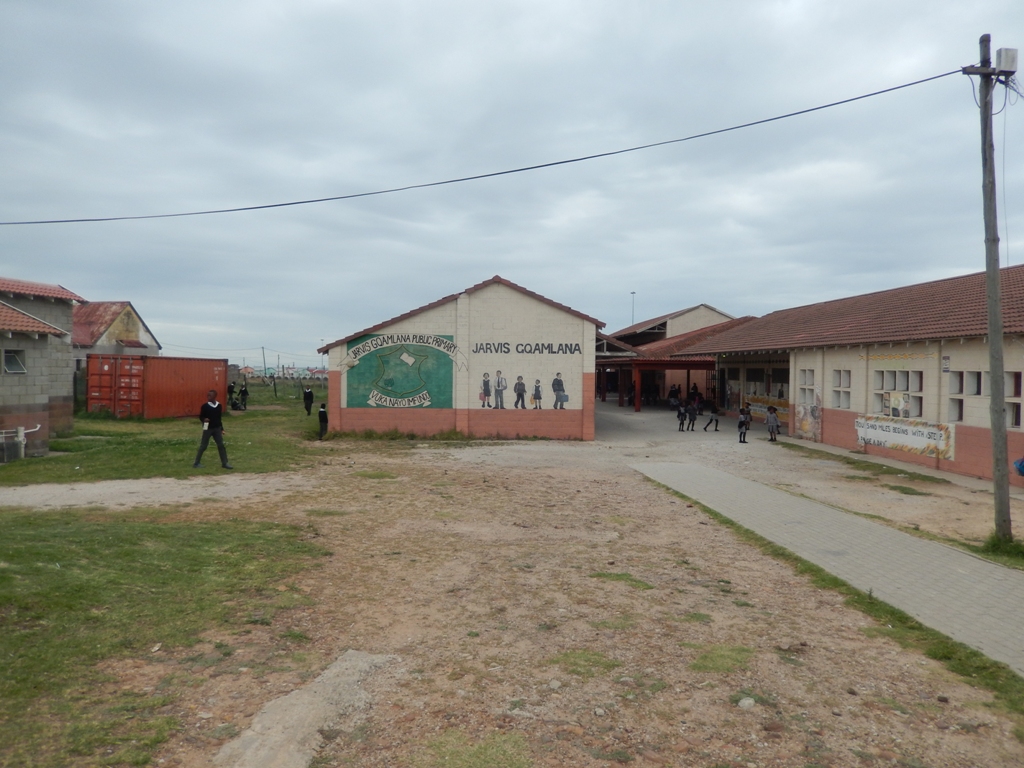 All schools are in the Township New Brighton in Port Elizabeth

We will introduce all team members to you next week!

The coorporation with the different schools came out of the Headis Community. The former #1 of the World Ranking Spiff (Ingo Dansberg) is part of the project weltwärts for years and is working with volunteers in South Africa. We will introduce you this initiative next week as well!

As always we say THANK YOU to everybody who supports Headição in any kind of way! Until the 19th of March you have the chance to be part of our silent auction and keep supporting this beautiful project!

Since 2013 Headição is supported by the Headis Community and by beautiful people that like to support a social project! On the 19th of March 2017 we will go to Port Elizabeth (South Africa) to build Headis tables in several schools. In this year we also have a nice treat for all fans of Charity, Art and Headis. Carl Kenz is part of Headição and Headis for a very long time now! At the first Headis tournament 2017 in Lahr (Black Forest) he painted this awesome graffiti! 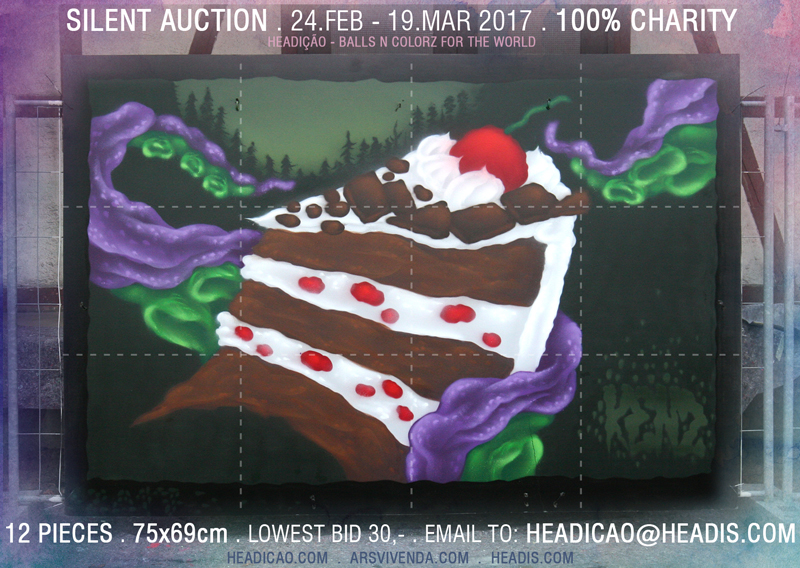 Be part of it! Purchase your massive wooden piece of art by auction and get your own piece of Headição!!! Send your bid to headicao@headis.com and get one of the 12 awesome pieces!

In Germany your piece will be delivered for free!

Somos Headis! This means “We are Headis” and is the motto in the Dominican Republic. They are getting more and more players and it is so beautiful to see how the new sport facility is used! 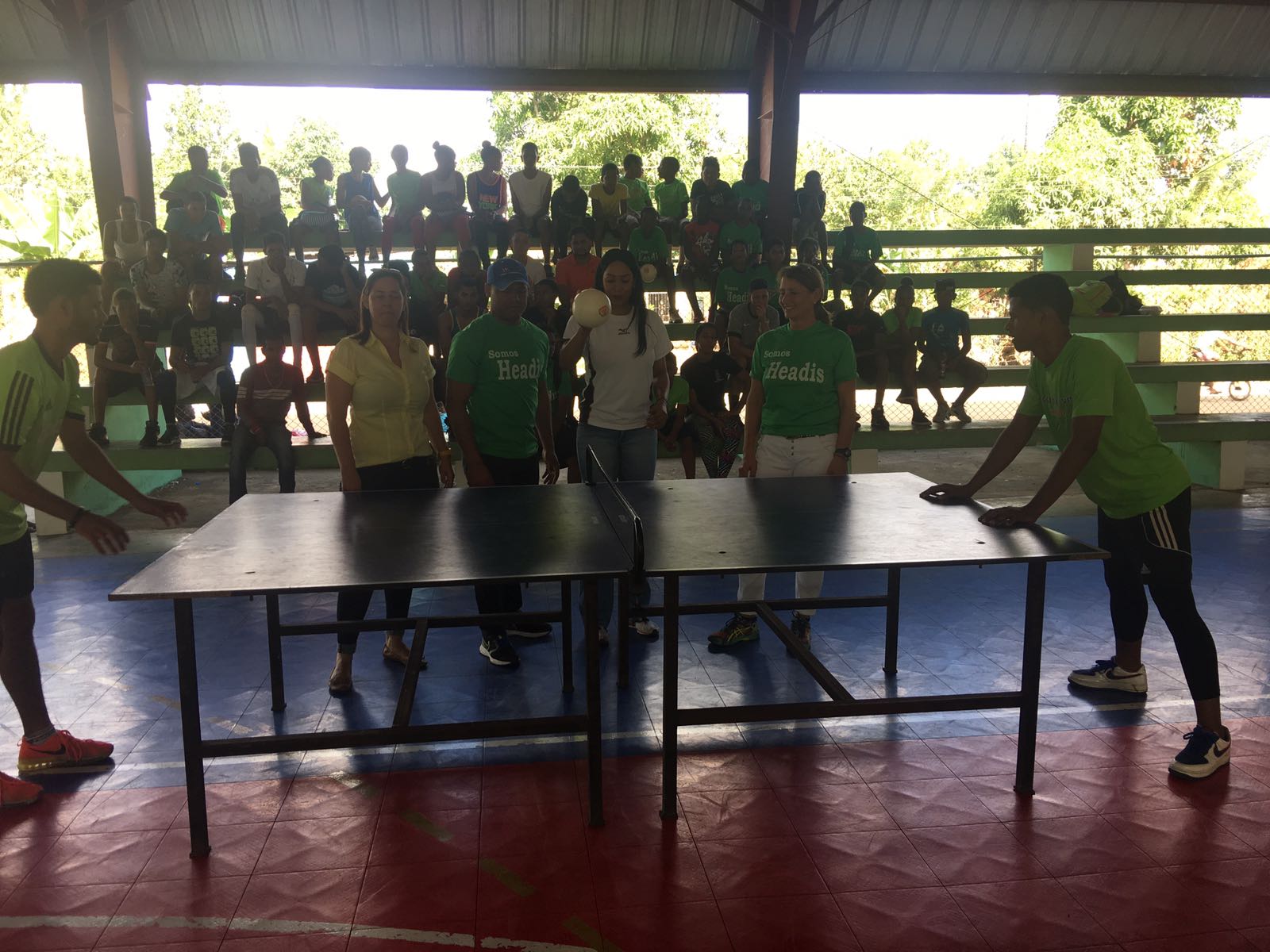 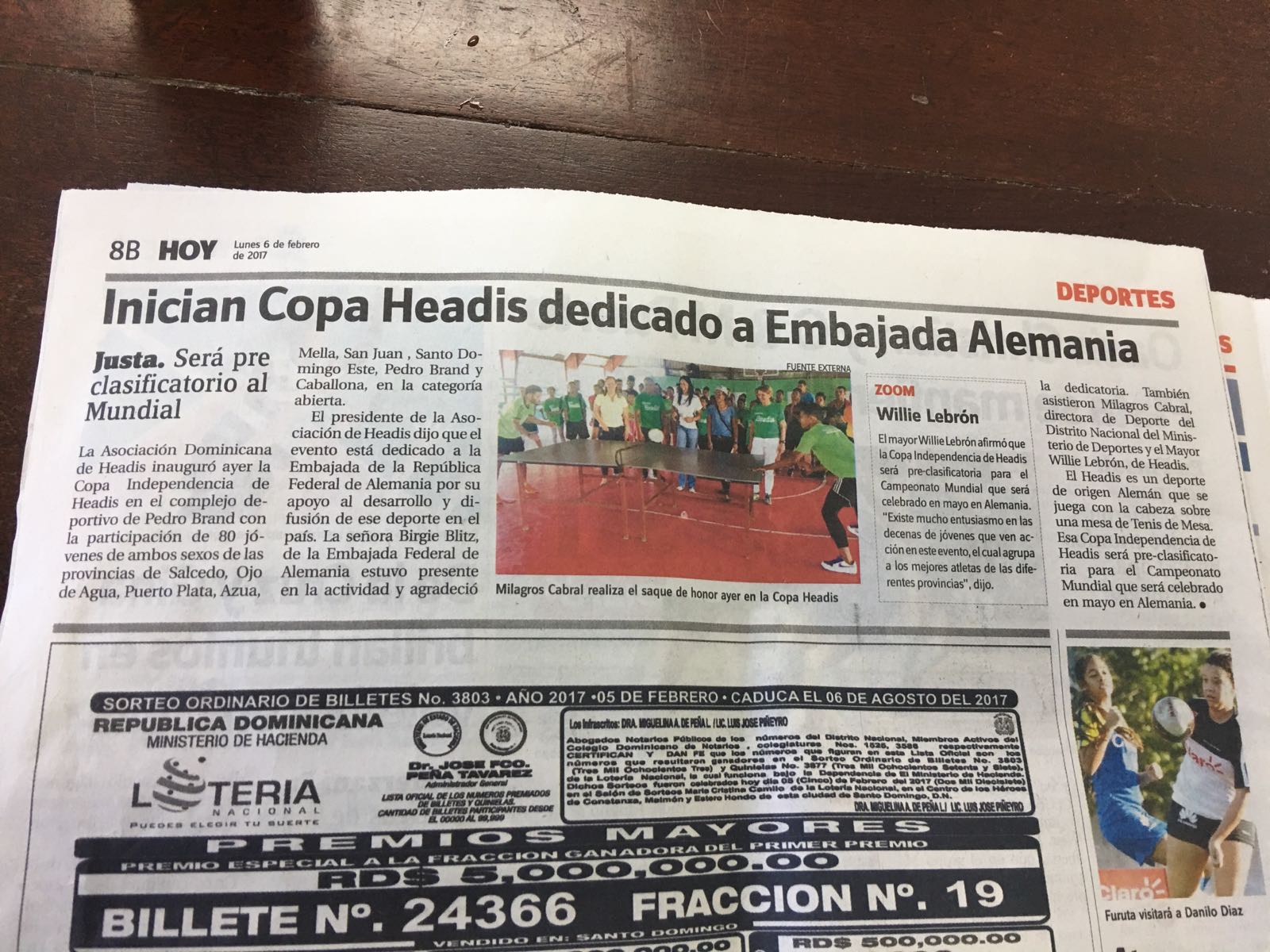 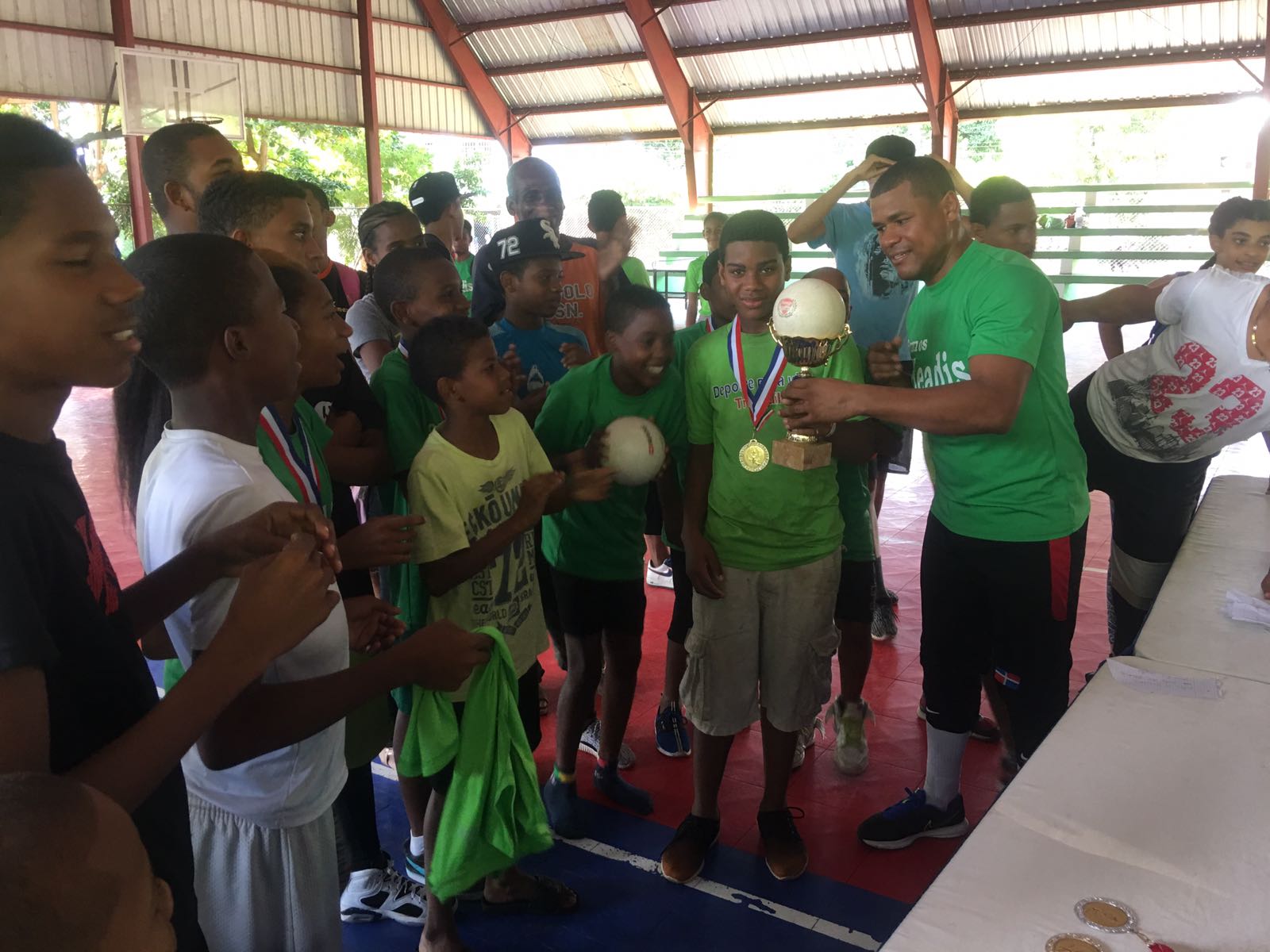 What a great initiative by everbody who was there! Our Headição Bazar was approved so well! The tables were full of stuff given by the Headis players that was sold for a good cause. Including the Headição Charity Towel more than 600 € came together for our project. Thanks for your support!

A special Thank you goes to the players HeadLänderin who won an auction for a Headição Jacket for more than 50 € and to Martin Loser King who won his auction for 100 € and just paid 200 €! Awesome!!! 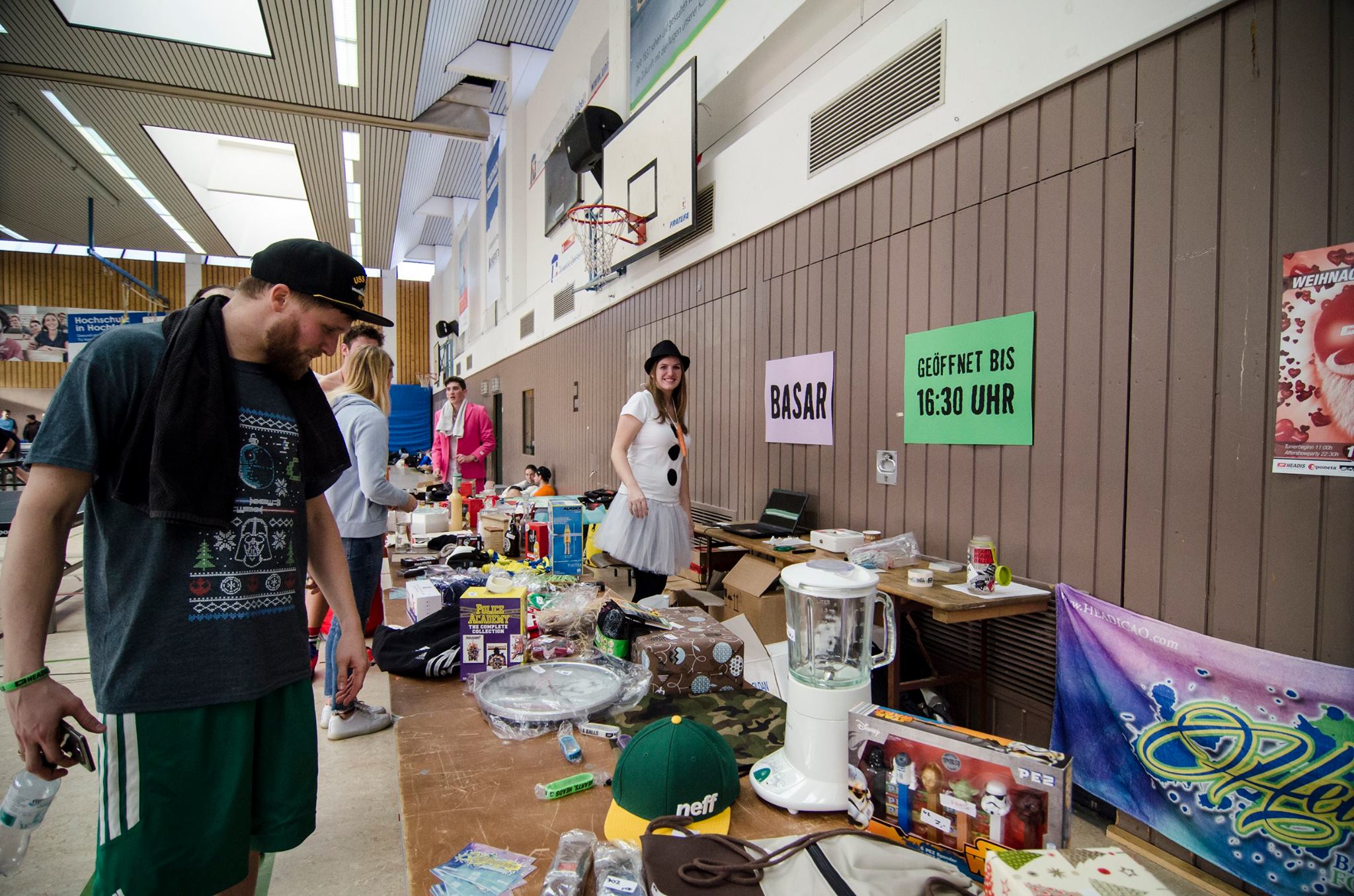 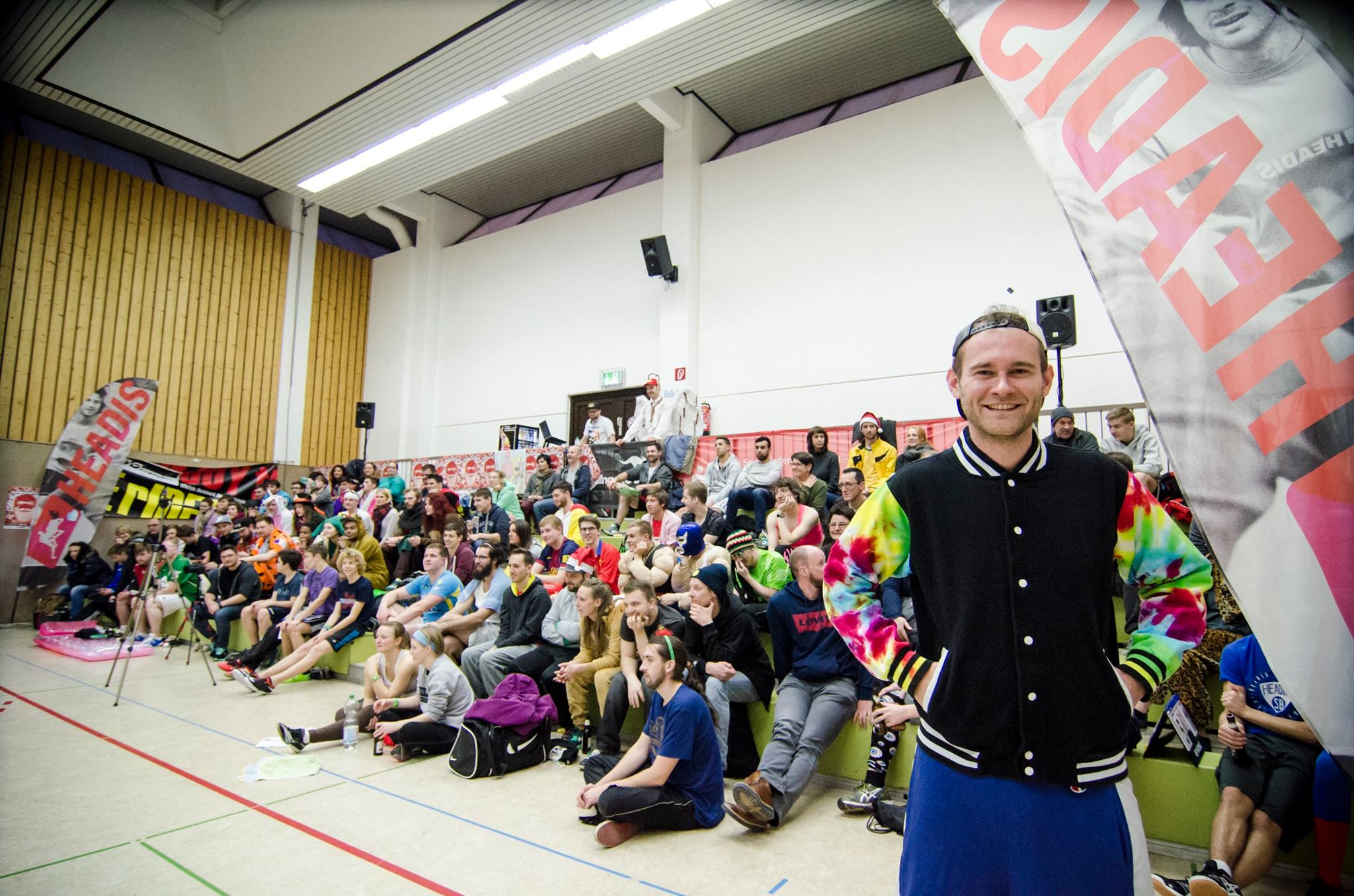 Thanks to everybody who supporst Headição! You are the best! 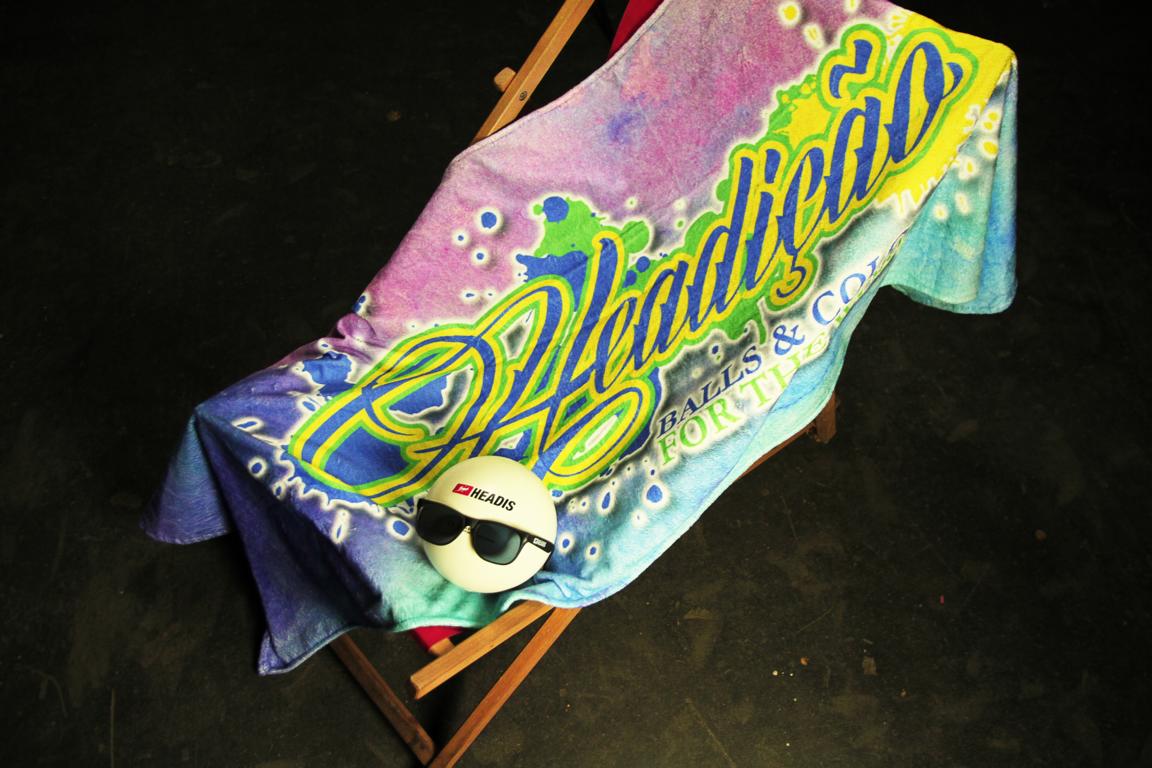 The first opportunity to get your Headição Charity Towel will be the WK5. Here you can make sure how soft it is! It costs 25€ and 100% of the proceeds go to Headição!!

You can also order this beauty directly at our Shop!

Thanks to eyetems! They took a share of the production costs!

This is how it looks like in the Dominican Republic

The boys and girls are still on fire! In Santo Domingo there is already a huge Headis community that is playing tournaments regularly. Our friends from Café con Leche are currently building a new table to have even more opportunities to play! The pictures show very good how Headis is more than a sport over there and the even can play! 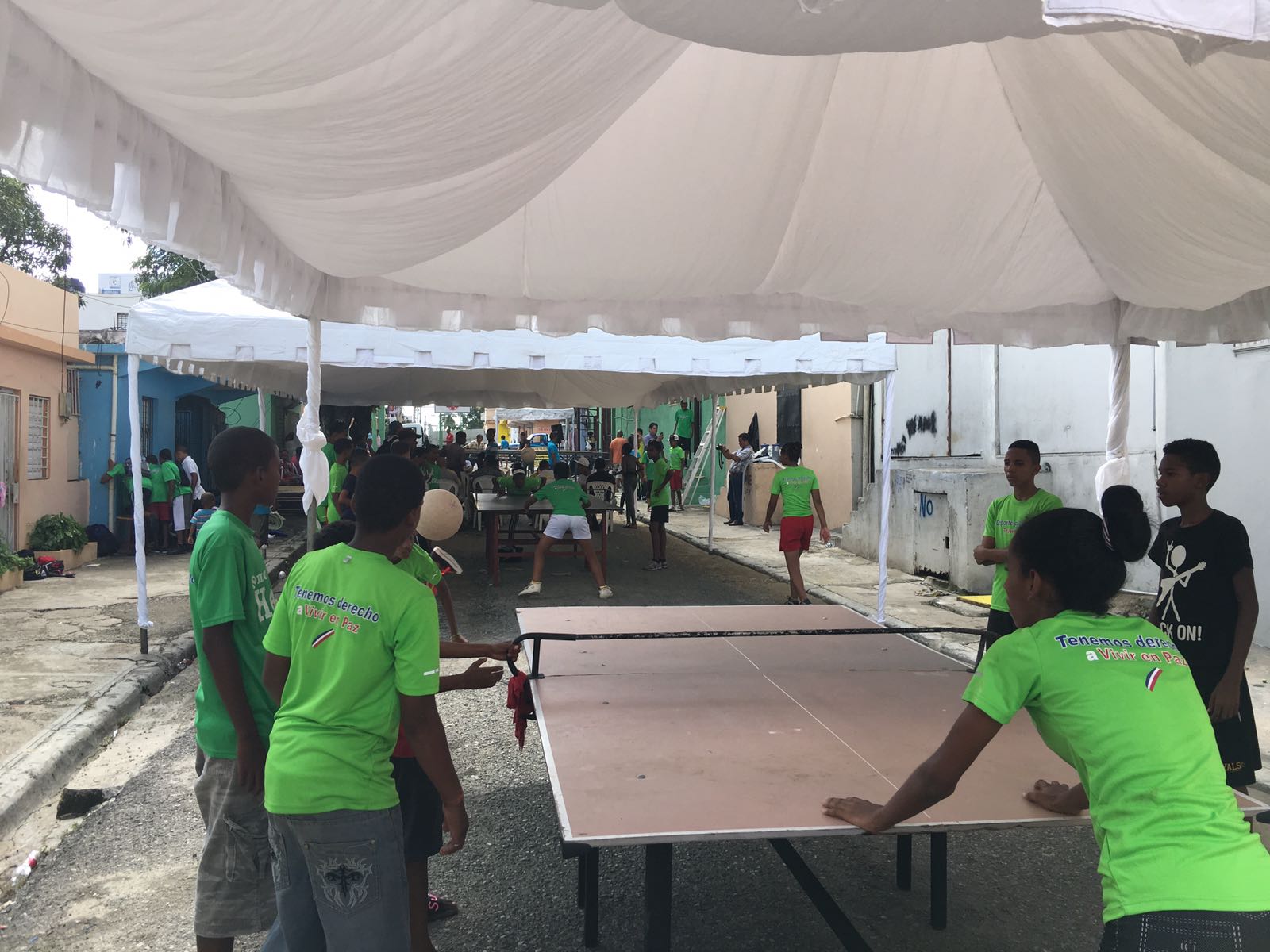 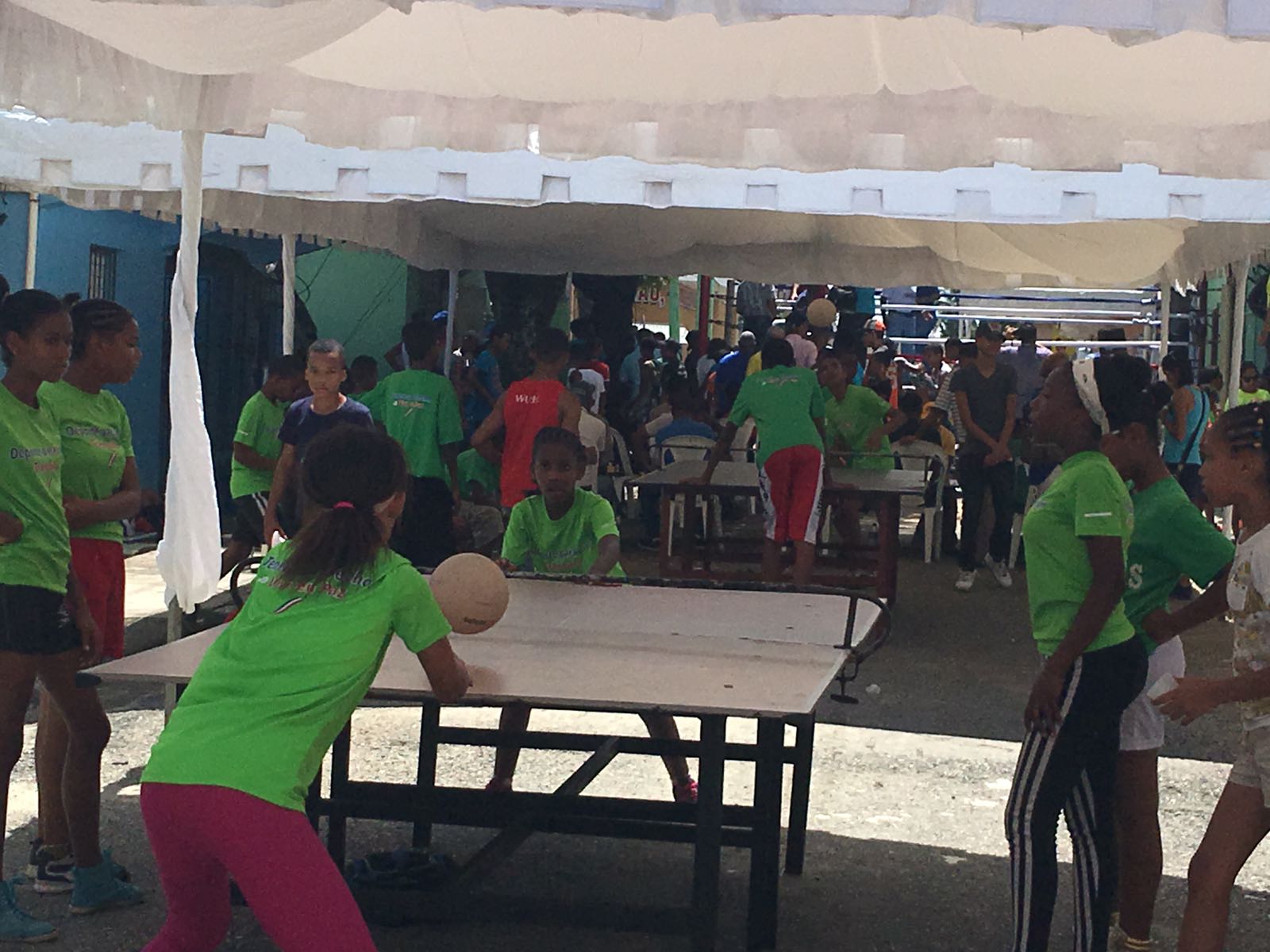 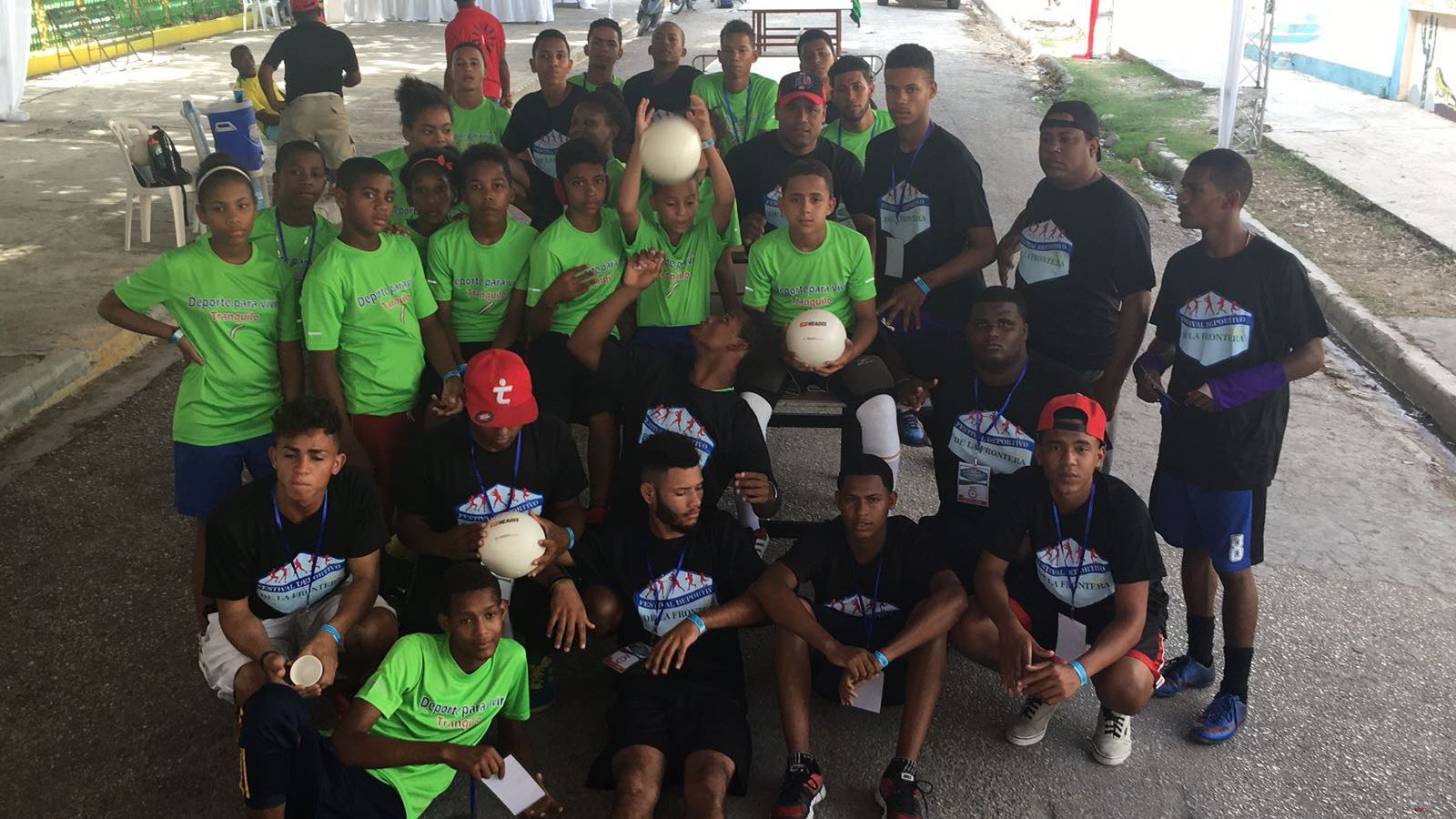 All together for the Kids

Help us to make kids smile!

With our great community of Headis players and fans we will focus on Headição again to make it to South Africa – starting now! At the Weihnacht5köpperei we will start the Headis Bazar. You can buy and sell some stuff and give someone a treat. 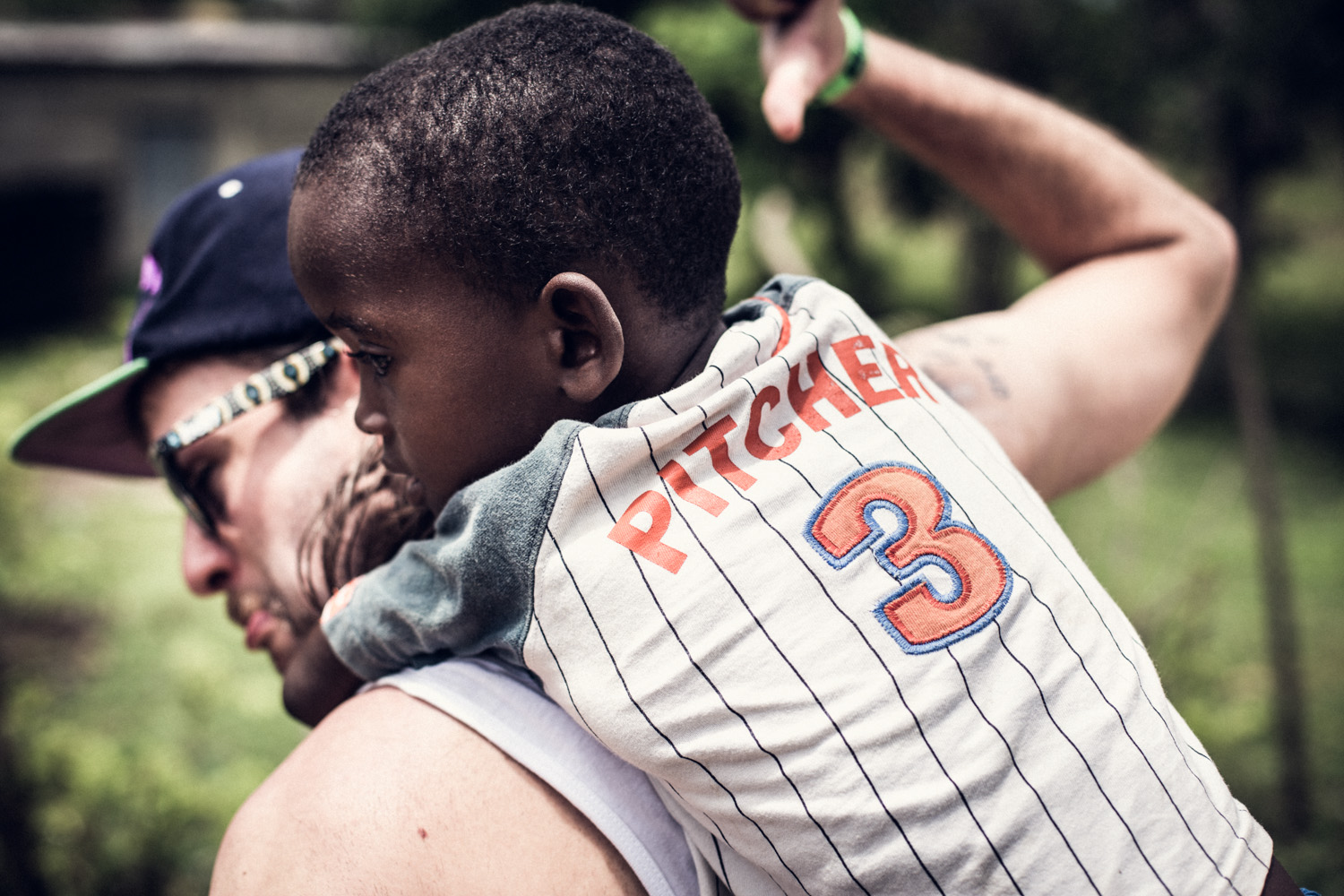 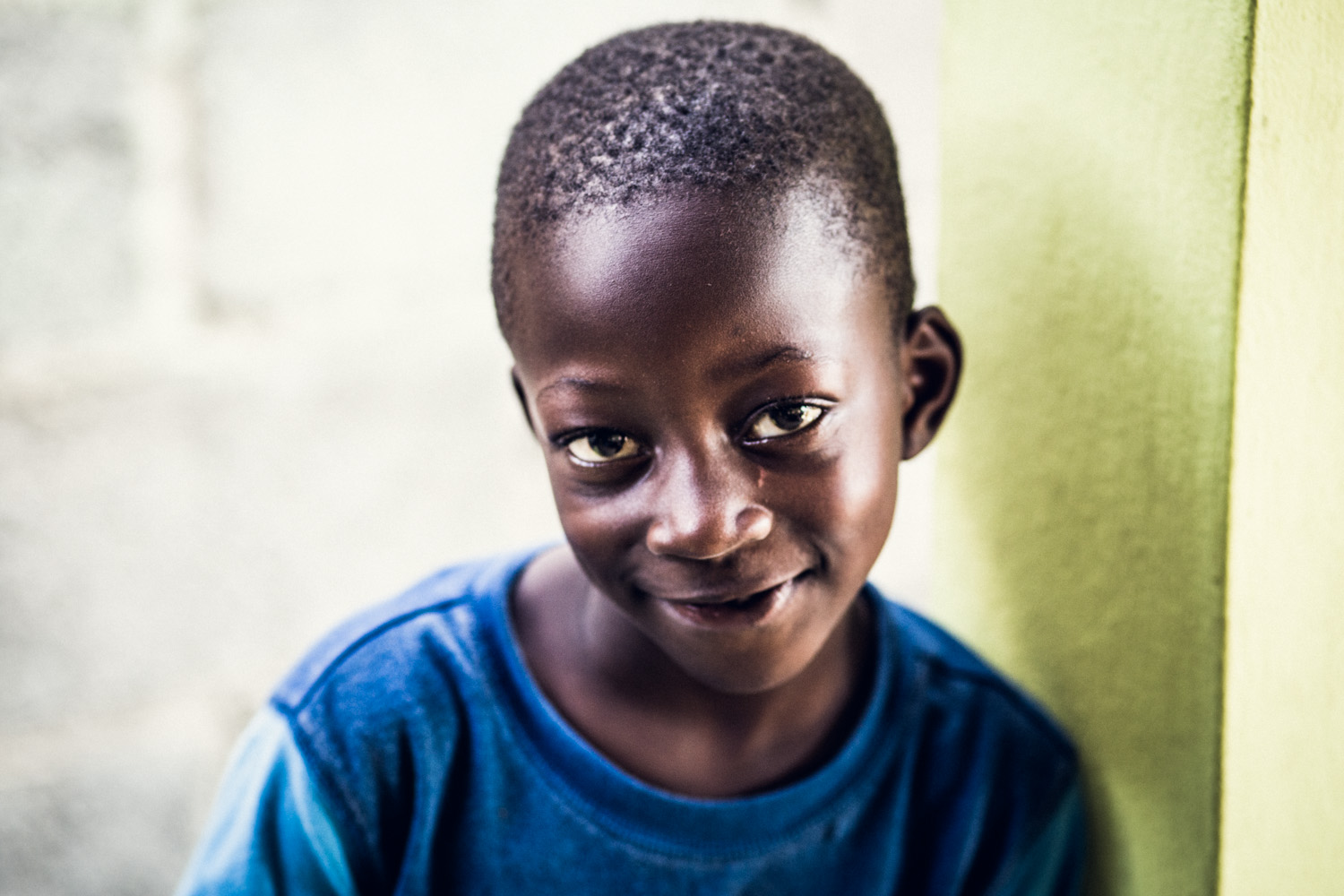 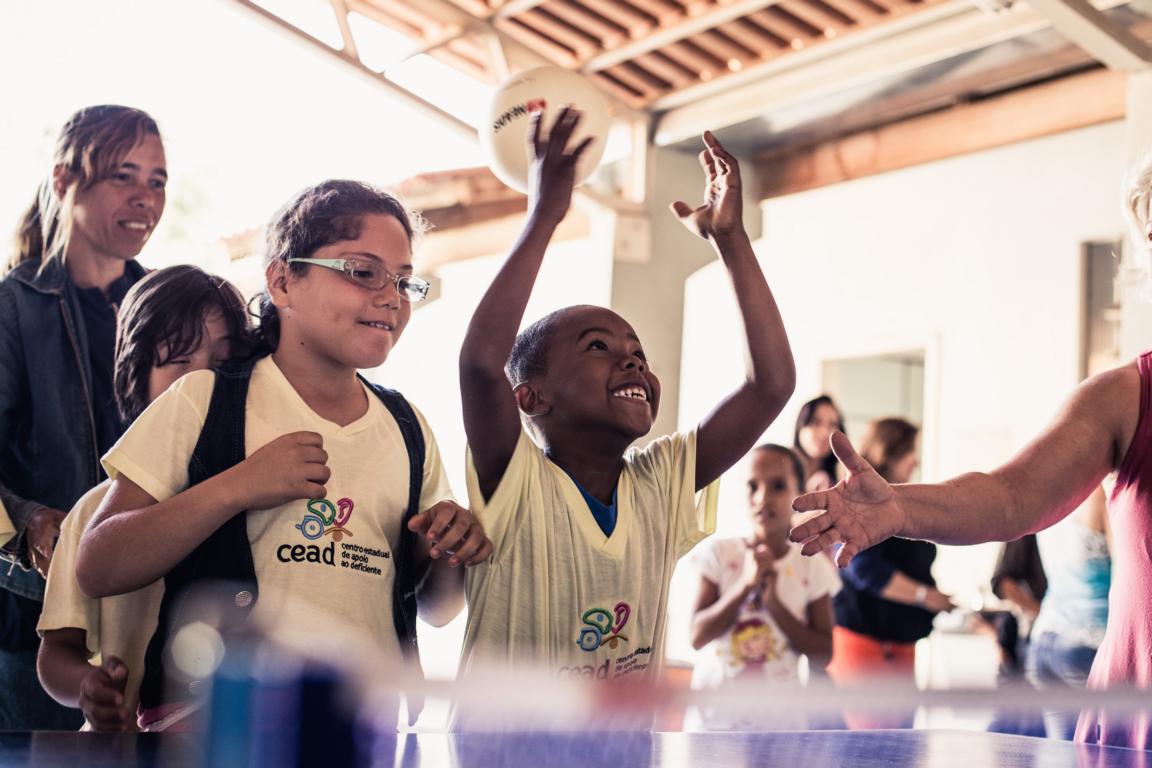 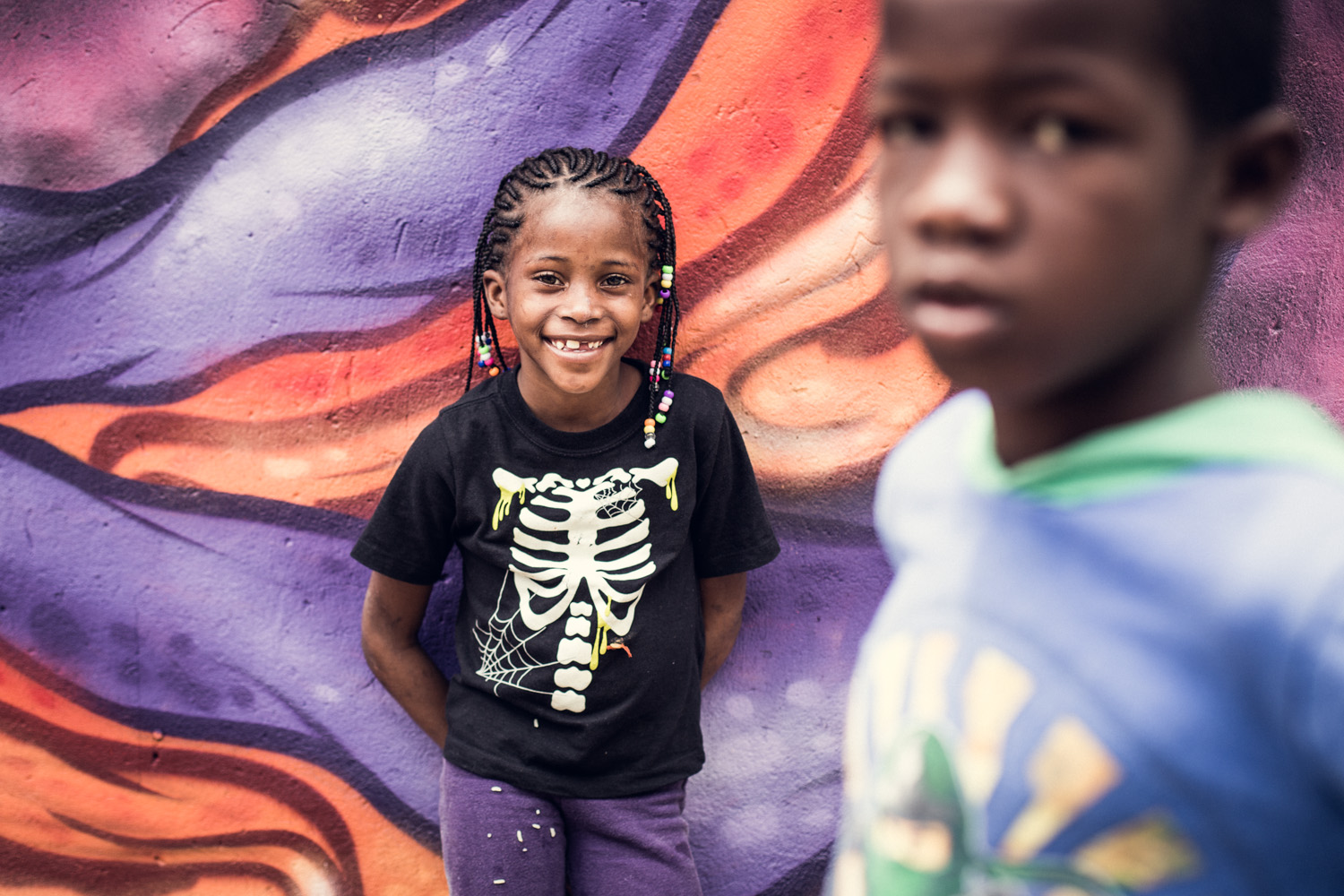 Everybody can bring up to five things to the bazar. Just tell us at which prize you want to sell your stuff and 10% or at least 1€ go to Headição. Of course you can also donate more. If you are interested just write a mail to headicao@headis.com. So we can set a prize for everything and geht a good overview. Just join us. Thanks for being part of Headição!

Initiated by Headição Headis is now a thing in the Dominican Republic. Biggest Fan: The sports Minister!

Our cooperation made it possible for two Dominican players to visit Germany and take part at the Headis European Championship! We can proudly say that both of them wouldn’t have left there country without Headis! Here you can see how Headis welcomed the Dominican Republic to the EU!

Together with your help several hundred ot wrist bands were sold and lots of Euros were donated. A big Thank You for that! Now just a few of them are left and they won’t come back. So you can order your NOW! (Here at the Headis Online Shop)

Of course that won’t be it. At the Weihnacht5köpperei we will give out the new item to represent Headição and support us. Some days before the tournament we will show it here! Stay tuned! 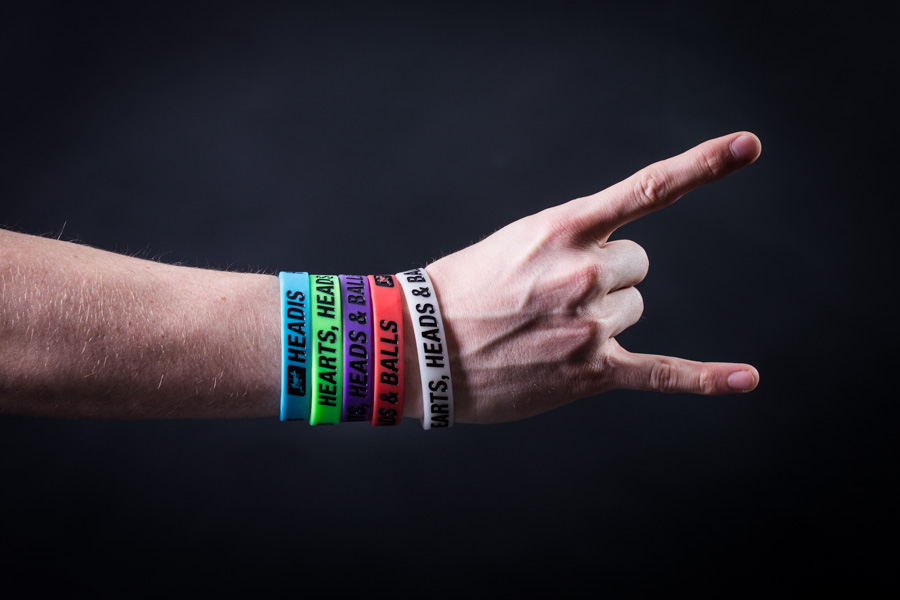 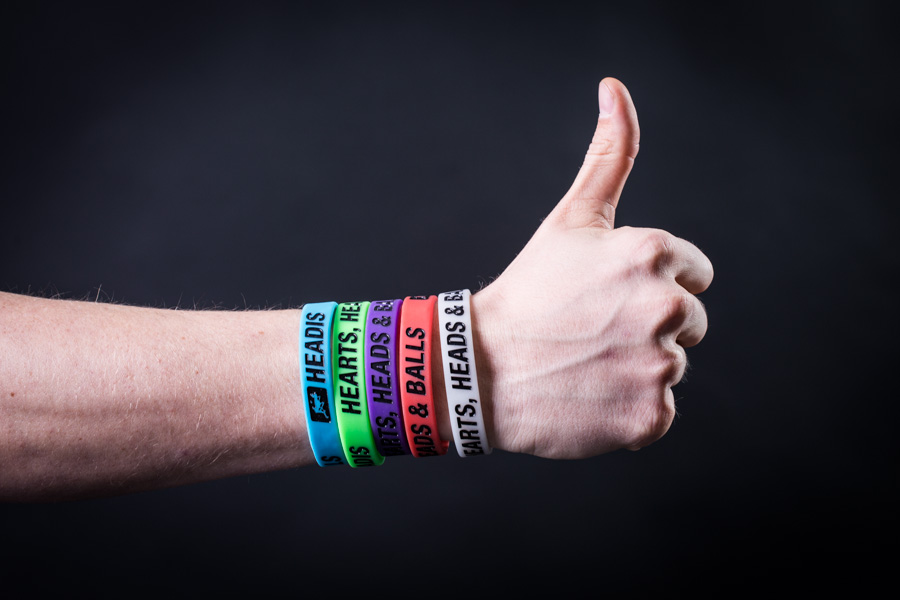